The War of Genesis - Battle of Antaria Play by Play Guide (up to Lv.20)

When you first start the game, you will play the game with tutorials.

If you follow the tutorials, there will be nothing difficult.

You will start the game with tutorial heroes, and you can use them until the middle phase of the game depending on your usage. It is difficult to play with only few heroes, so you should grow various heroes steadily.

G.S. is a hero that benefits the most from having high HP. He has a leader skill that boosts all allies’ HP.

He also has a skill of dealing all enemies with healing himself, which makes his chance of survival high.

If you train G.S. up to Lv.20, he can learn a gem skill that heals a portion of his HP on his turns to further improve his sustainability. G.S., with his taunt skill, makes him a perfect tank for your team.

Eiolin is a heroine with high ATK that can damage all enemies at once. Her 3rd skill, ‘Blade of Vengeance’, targets all enemies and becomes more powerful against enemies with buffs. She will not disappoint you in terms of damage.

He is a supporter hero who can be obtained after watching the story “Scepter of Glory (I)”. All of his skills can be very strategically used.

Rashid can lower an enemy’s ATK. It is useful against bosses with high ATK. If Rashid and Duran are used together, they can lower enemy bosses’ ATK every turn.

Rashid attacks with damage over time to random enemies.

Each damage over time damages 5% of the target’s maximum HP. Even though the damage is not that threatening, it can chip away enemies’ HP. As you obtain more heroes, you can make a team full of heroes with damage over time effects.

It removes up to 2 debuffs on each ally, and increases allies’ DEF with HP generation.

In the mid and late game, you will see many admirals that use teams that lower enemy’s DEF, boost all allies’ ATK and attack multiple enemies in Arena. To counter this strategy, you can bring Rashid to your team. Rashid can remove your allies’ debuffs, and buff your allies’ DEF! You can greatly reduce the enemies’ damage to all of your heroes and get a chance to strike back.

There are 5 types (Fire/water/wind/light/dark), and heroes take turns based on their SPD.

“Defensive Stance” is a skill that all heroes commonly have. You will rarely want to use the skill in the early game. In the mid and late game, you will use the skill to skip a turn, or to survive for a turn. Your heroes need to wait for 5 turns to reuse the skill, so it is impossible for you to stall.

When you defeat Lv.2 Bat, you will be able to battle your enemies automatically.

You may think it’s the same auto battle feature as in many other games.

However, there is a unique feature in the War of Genesis. You do not have to watch the battle turn by turn against the monsters you have defeated previously.

Send your heroes on a machina to monsters you have defeated.

After 5 second countdown on top of the monster, the machina will start to swing and attack the monster.

This is when the heroes battle automatically. Every ally and enemy heroes’ turn used will add 1.6 seconds to the time spent on the enemy. You can also reduce this time spent from research.

You will get 1 to 3 crowns depending on the number of fallen allies when you defeat monsters or clear dungeons.

If you get 3 crowns, the following monsters or dungeons will be weakened. Once you obtain 3 crowns, it will be much easier to hunt the same monsters and even allow you to auto battle.

Whenever you defeat monsters in Adventure, more stories will be unlocked.

If you clear stories, you will get various rewards such as hero and gear.

And, do not forget to check the missions on the left-upper side of the screen.

You can upgrade your Machina’s ATK, Durability, Capacity and Flares at Hangar.

In addition, you can upgrade your Machina with researches as well!

After defeating Lv.5 Orc, you can get a Summon Ticket as a reward. And, Summon Hero tab will be unlocked.

If you follow the missions, you can see some missions of hero level-up. You would better level up your heroes with resources or Hero Potion items whenever you can.

Hero Awakening will be unlocked when you achieve Admiral Lv.10 & Hero Lv.10 after watching

To awaken your hero, you will need ‘Awakening Stone’. When you clear Ruins Dungeon, which is unlocked after defeating Lv. 15 Monster, you can obtain the item.

And, you can obtain from Awakening Stone box.

Try awakening your heroes and check out their new looks and abilities! 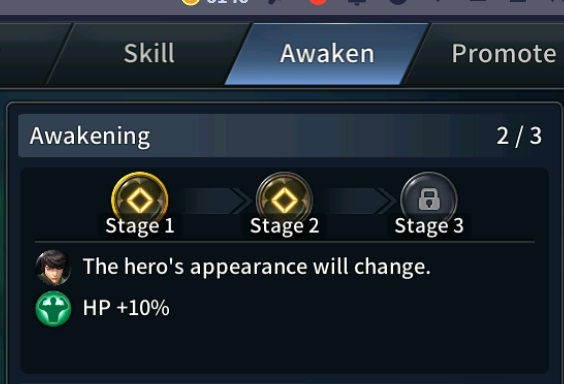 When you clear Adventure Chapter 1, you can go out to the field.

DO NOT forget to receive your chapter clear rewards and Crown rewards! 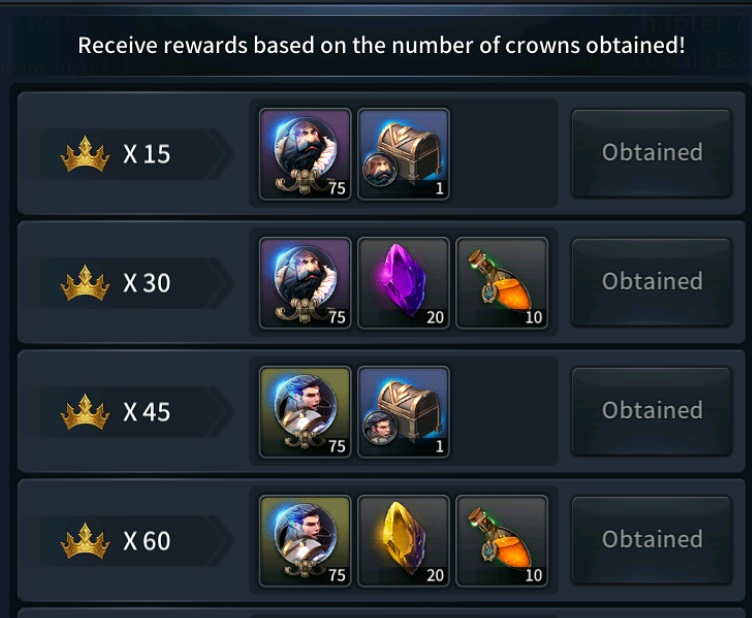 You can select ‘Battle Spree’ if you have defeated the monster in Adventure before.

Also, you can select the number of Battle Sprees at the battle preparation screen.

Once you go out to the field, most of your tutorials are already completed.

And, progress your Admiral Level and Heroes with following main missions!

It is strongly recommended to complete various researches and upgrade facilities whenever you have sufficient resources and items.

When you clear Adventure Chapter 1, you can obtain “★3 Essence of Raymond (Dark)”. If you collect certain number of Essences, you can promote the hero like below. 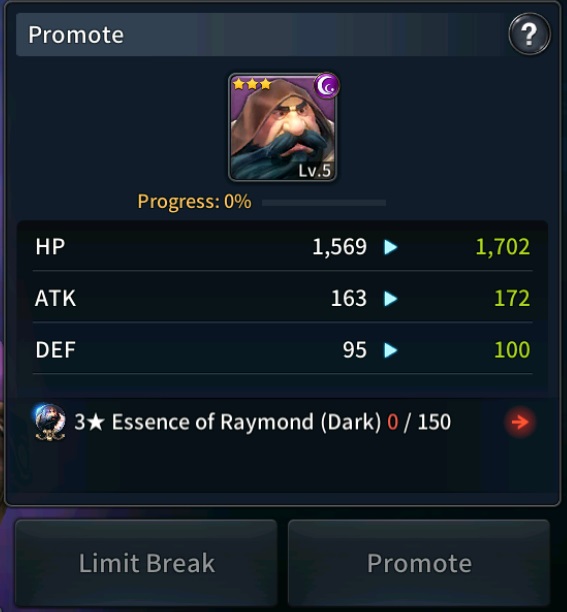 When promoting the hero, you can upgrade your hero grade ★+1 with HP/ATK/DEF stats increased.

The higher promotion you try, the more Essences and resources will be required. So, you need to set the hero you want to promote as a leader of monster hunting to collect Essences.

When you achieve Admiral Lv. 15, you can upgrade your heroes’ skills after watching

To upgrade heroes’ skills, you will need resources and Fruit of Wisdom items which can be obtained from defeating Dark Armor.

You can attack Dark Armor as many as the content points you have. So, you need to consistently defeat Dark Armor for your hero progress.