1. How to get Heroes

- You can obtain a random Hero by combining two Tier 10 novices or Experts.

The maximum level and upgradable entry varies according the Hero ranks, as listed below:

2.The maximum upgrade levels differ depending on the Hero ranks, as listed below: 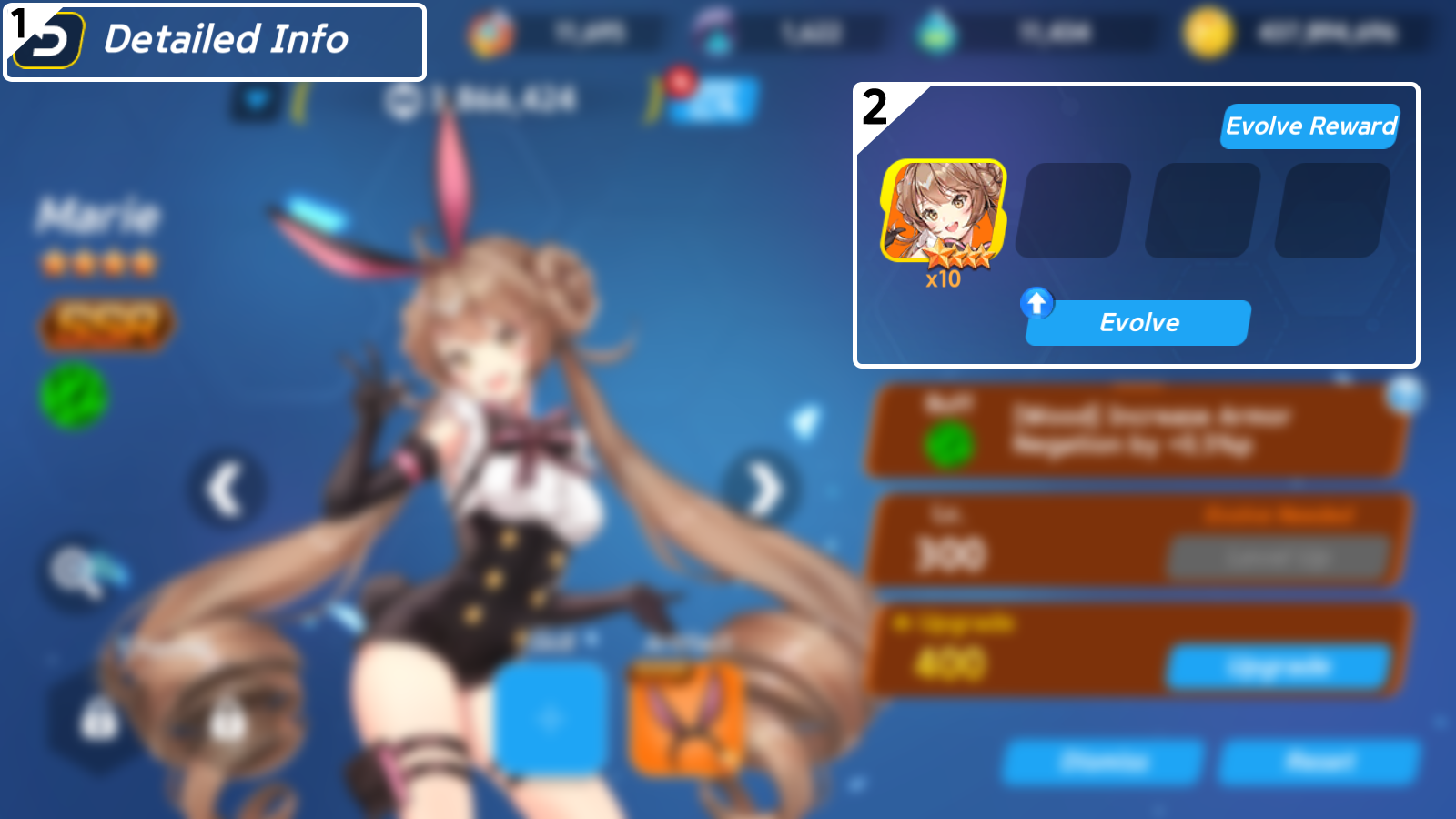 You may evolve (promote) Heroes on each Hero’s detail menu.

Depending on the Hero ranks, you will need a certain number of the same Hero,

Evolve Stones, and Gold to be able to evolve.

※ When you Super-Evolve your hero, the ★5 and ★6 heroes you owned of the same hero will reser to ★4 rank, and the resources such as gold, evolve stone the was used will be returned.

Heroes not in use can be [Dismissed] or [Reset] in exchange for resources.

- You will need to have two or more of the same Heroes to dismiss that Hero.

- The last Hero of the highest evolve tier cannot be dismissed.

- When Heroes are dismissed,

Evolve Stones and Novice Piece can be obtained according to the Hero rank.

Obtainable resources varies according to the Hero type and rank.

- Chosen Hero will be reset to its most basic status.

- When Reset, special resources (Ruby) will be used.

- Resources used for the Hero's Level Up, Upgrades, and Evolves will be returned.

※ Detailed information can be found on the [Reset] Menu