Don’t you want to teach Armada Warders a lesson with your military?

You need different kinds of units to attack them in Gunship Battle: Total Warfare.

This guide will help you to understand the different types and roles of [Units].

You’ll be a step ahead of everyone after reading this guide!

- Ships are used to battle at sea.

- You can produce ships from the [Shipyard].

- You can own more ships with a higher level Shipyard.

- There are frigates, submarines, and destroyers. The ships have type advantages as shown on the bottom. 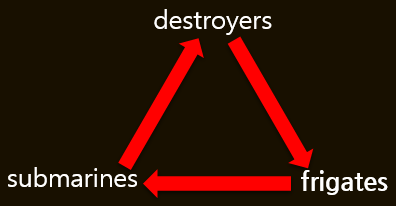 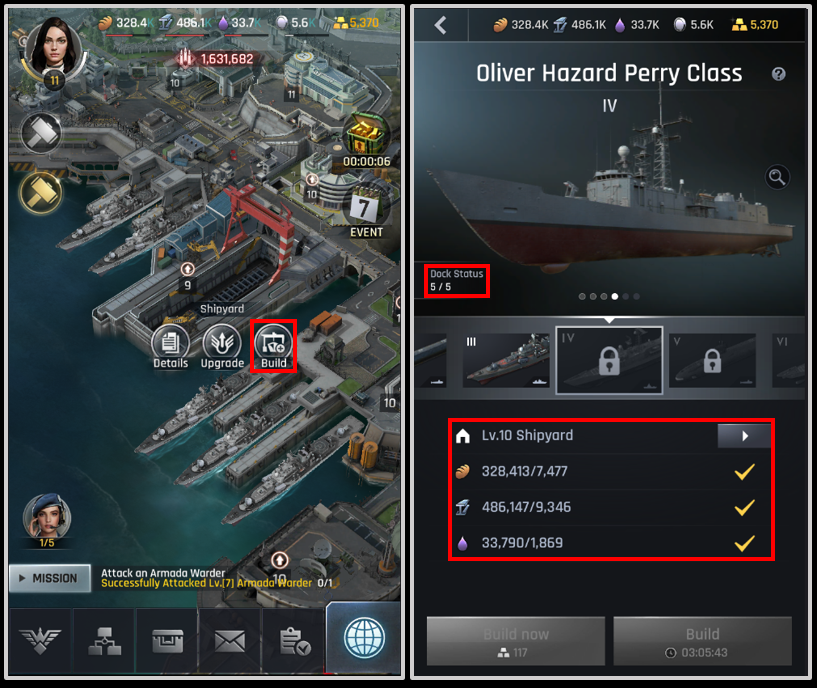 - You can produce armored units from the [Armory].

you can check food consumption per hour at the Commissary.

- You can own more armored units with a higher level Commissary.

- There are APCs, Tanks, and SPGs. The armored units have the following characteristics.

◎ Tanks: Minimize the damage to allies at the front line.

◎ APCs: Have a great balance between attack and defense and perform well in the center of a battlefield.

◎ SPGs: Have excellent range and firepower to support allies from the back but they have weak armor. 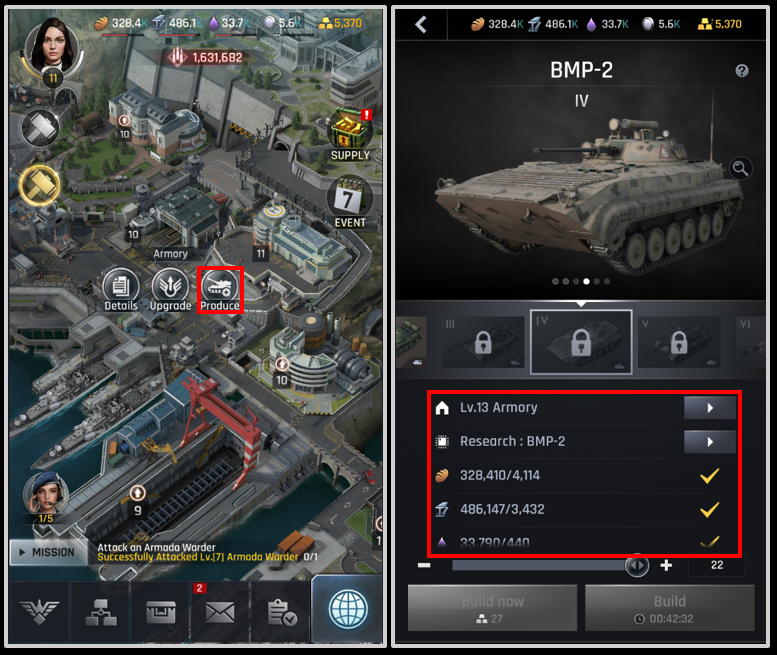 - You can produce jets from the [Jet Factory].

- You can own more jets with a higher level Hangar.

- There are 4 tiers of Jets: Normal, Rare, Epic, and Legendary. Higher tier jets have better stats.

- You can produce jets using resources and jet blueprints. Jet blueprints are used to level up jet squadrons as well. 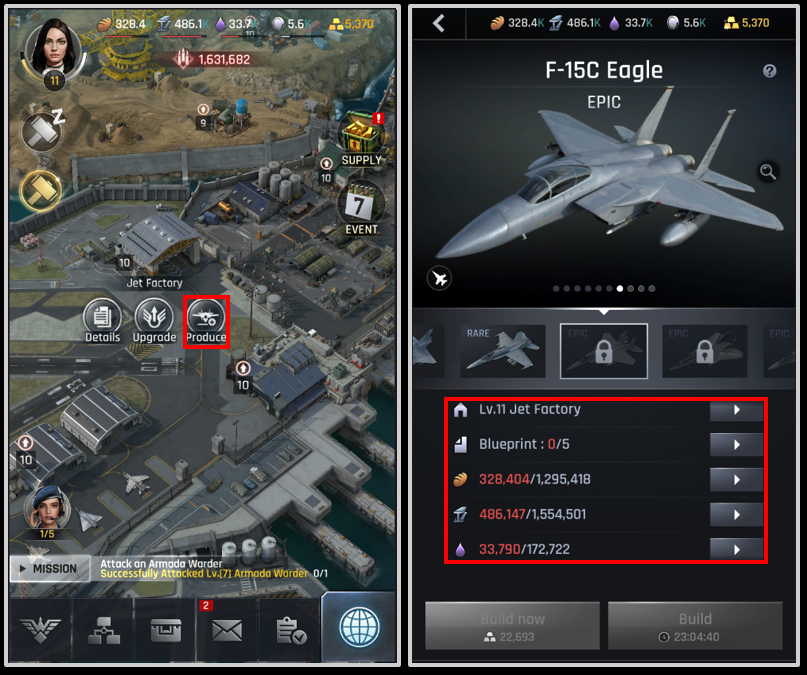 - Missiles are used to defend your base.

- You can build missiles from the [Missile Factory].

- There are anti-air missiles and anti-ship missiles. The missiles have the following characteristics.

◎ Anti-Ship Missiles: Damage enemy ships and armored units landing on your base. 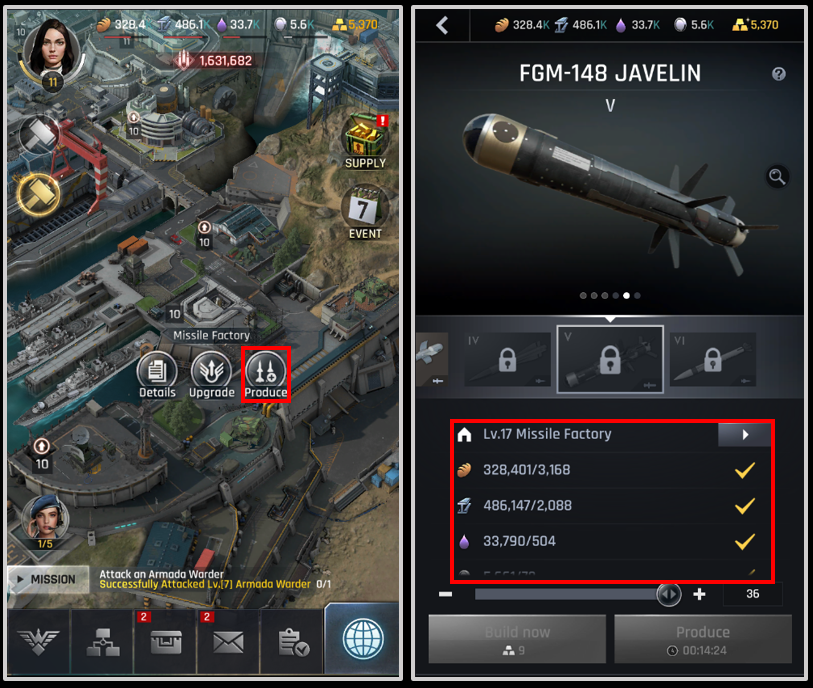 This concludes the guide on [Units].

Use the appropriate units to dominate your opponents!