Welcome to the guide!

Do you ever wonder what’s at sea

You won’t miss a detail if you follow this guide!

- Armada Warders are placed in different zones based on its level.

- Each Armada Warder consists of fleets of varying levels. 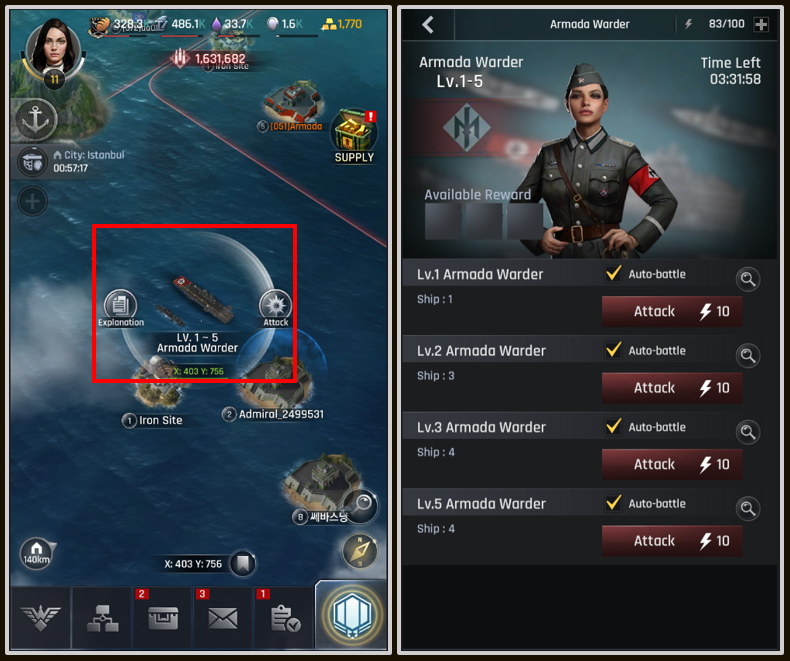 - Armada Bases are similar to alliances that are placed in their territory.

- In each Armada Base, there are Armada Warders of similar levels.

- Higher level Armada Bases are more frequent towards the center of the sea on the map.

- You will get additional rewards after defeating Armada Bases of each level for the first time.

- You can receive resources and Armada Loot Boxes after defeating Armada Bases.

- If you attack Armada Bases on fire, you won’t be able to get Armada Loot Boxes, however, you can still get the remaining resources from the base.

- Resource Islands are initially under the influence of Armada Defenders.

- Once Armada Defenders at the island are defeated, you can collect resources on the island.

- The level of Resource Islands determines the amount of resources and the number of defenders on the island.

- Higher level Resource Islands are more frequent towards the center of the sea on the map.

- If you leave your alliance or move your base while collecting,

your fleet will stop collecting and return to your base. 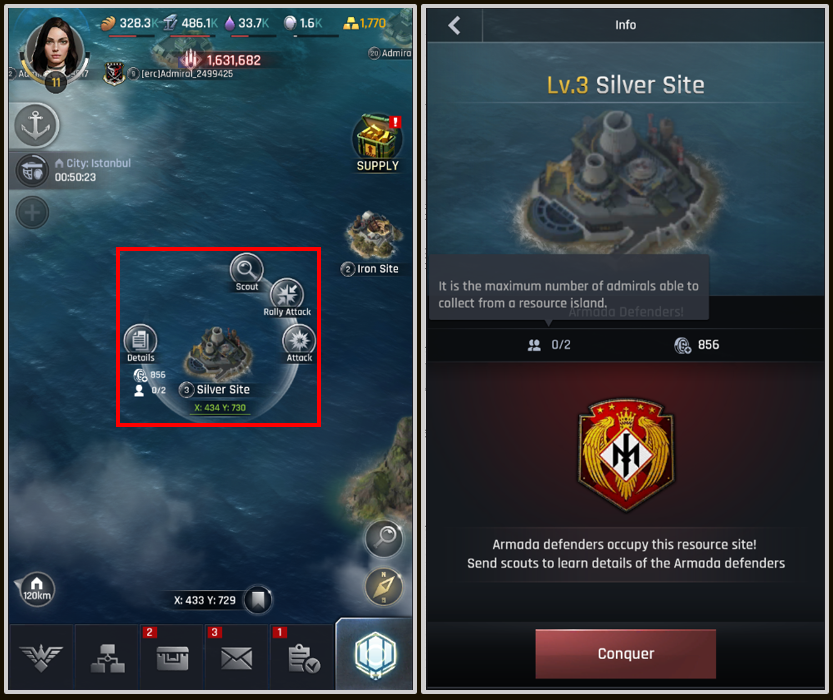 - There are bases owned by other admirals at sea.

- You can scout, rally attack, air strike, or attack other admirals’ bases,

but you will not be able to do so when they have Peace Shields activated.

- You can check their admiral info to see their levels and equipment,

and send them a private message or mail.

- When you attack another admiral’s base, you will use war points.

If you don’t have war points, you will not be able to plunder resources from other admirals even after a successful attack. 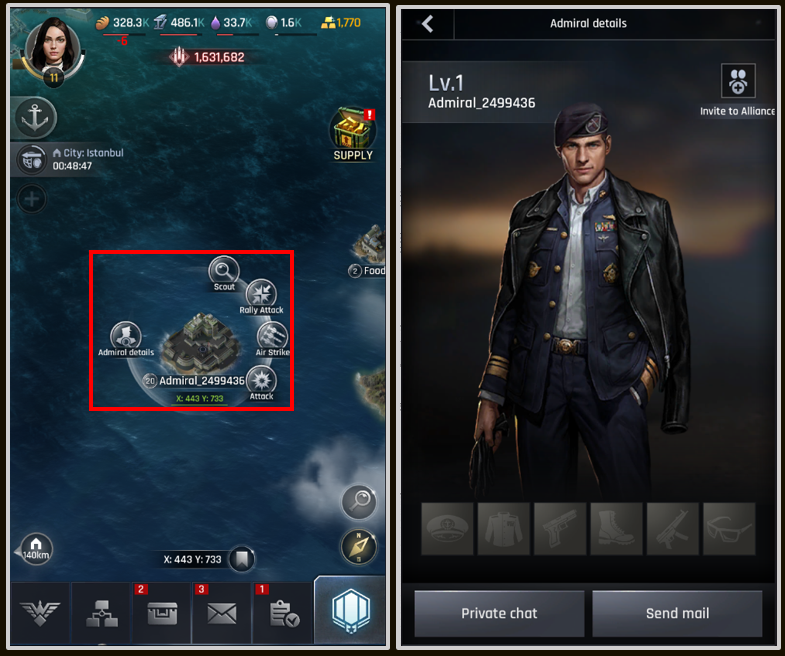 - You can send ships to a trade city to buy or sell trade goods.

- There are conquests to determine who gets to own a trade city.

Once an alliance conquers a trade city, the alliance will receive a city buff.

Moreover, the alliance can set a trade tax on goods at the conquered city.

This concludes the guide about the sea in Gunship Battle: Total Warfare.

You are now ready to explore and

enjoy life at sea as a fine admiral!